With so many different forms of racing which come into the sports category to enjoy, it can be a challenge to choose a favourite. What many have settled on is go-kart racing. This is one form of motor racing that is quite popular in the UK. 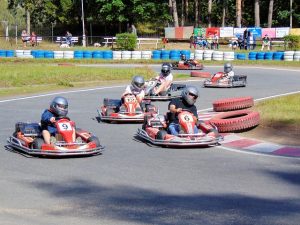 For those who are participants in kart racing, one of the most coveted events to be part of is the Super 1 National Kart Championships. The first race in this event was held in 1983. While there were limited participants at that time, over the years, it has grown to where it has become so popular that it has been divided into classifications. Some of the champions of this race throughout the years went on to further their careers by participating in Formula 1 races.

The different classifications for this championship focus on the ages of the drivers. These are classes comprised of:

Within many of these age group classes, there are different subcategories of races which those who are eligible for can participate in.

Most often, those who want to be involved in this type of kart racing will start off participating in regional events. Many will join kart clubs which may in turn eventually sponsor them for the entering of more prestigious events.