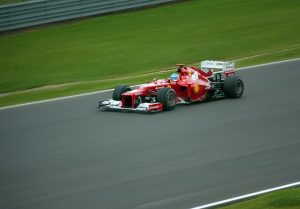 This iconic race has been part of the Formula One series since 1929 and is held annually, in May. One of the few races which are held on an actual street circuit, it is known for its glamour as much as the driving itself. It is not unusual to see multi-million dollar yachts in the harbour, frequented by the rich and famous. Many of the drivers themselves actually live in Monte Carlo, known for being a tax haven.

The circuit is relatively low-speed, but nonetheless dangerous, particularly as drivers head from the bright sunshine into the darkness of the tunnel section. Overtaking here is somewhat challenging, due to the narrow track, leading some to say that the race can actually be quite boring. It takes approximately six weeks to actually construct all the necessary requirements of the race, including the safety barriers and grandstands. Astonishingly, drivers have to change gear approximately 54 times during every single lap at the Monaco Grand Prix, giving a total of over four thousand changes throughout the entire race.

There have been many incidents at the Monaco Grand Prix, including the occasional unfortunate driver who has ended up in the harbour. For a full ten years in succession, the race was won by only two drivers, Alain Prost and Ayrton Senna. The Brazilian driver Senna holds the record for the most number of victories, having won six times, before his untimely death in 1994. In 2006, Michael Schumacher, having completed his qualifying laps, deliberately parked his car in such a position that other drivers had to slow down, meaning that nobody could take away his pole position.

This amazing race has its spot secured on the Formula One calendar until 2020, so motorsport enthusiasts are assured of watching their favourite race until then.