Home » Animal Racing » The reasons why horse racing is cruel

The reasons why horse racing is cruel

Racing including car and animal racing is always attractive to many people because they can’t know or guess about correct racing result. It also brings hope and worrying about players. 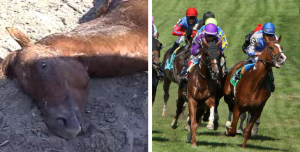 Actually, when you think about riding horse around tracks with dangerously high speeds is good or not for them? Whether making fun with racing horse is really good for their health. The answer is cruel when we put unlucky horses as racer. Estimated that thousands of horses have been suffered in the horse-racing industry annually.

This article will discuss some reasons why horse racing is cruel with horse themselves.

Racing is dangerous for horses’ body 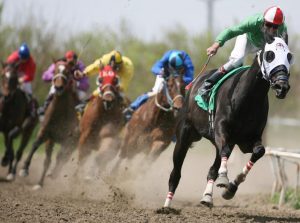 As the rule, horses often start their racing career when they are only 2 years old. It is too young to bare hard practice as usual because their bones are growing and small. It is not good when they are under pressure of running with high speed on hard track. It is easy to get injured, especially when they are old.

Horses are drugged to be forced

According to requirement of running fast, there are many horses got hurt during practice process. To heal injuries fast, many trainers use drugs to recover horse’s health. So horses don’t feel the pain and can continue racing hard. This action leads to their injuries to become more serious.

Sometimes horses are forced to use illegal drugs such as venom and alcohol so that they can run faster in racing competition.

Hundreds of horses will be died after racing 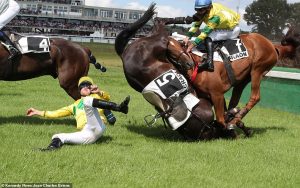 When horses are compulsory to use illegal drugs, they can’t control their speed so they run and run without controlling injuries after racing. Some horses are badly injured like breaking or shattering bones until they can’t be healed by anyway.

Estimated that there are about 24 horses going to die weekly on USA racetracks. It is numerous for the horse.